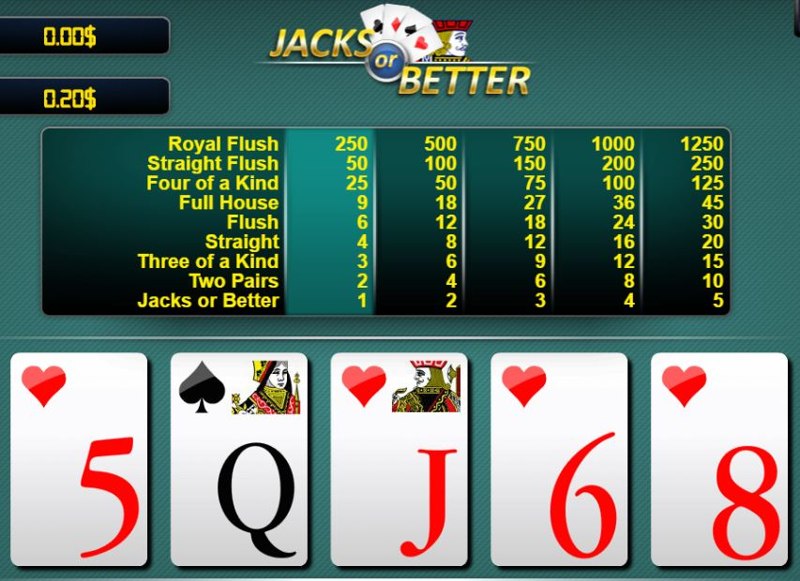 Video Poker is one of the highest paying games found in both land based and online casinos. There are many different variants, each with their own unique pay tables, rules and payouts. You will often have the choice of playing multiple hands at once – even up to 100 hands in some cases.

The aim of the game is to simply to finish with one of the poker hands which are listed on that particular games pay table. If you do, then the hand is paid out at the listed rate. Payouts tend to start off modestly (1 to 1) but can reach some fairly significant numbers – 800 to 1 for a royal flush. Some even come with progressive jackpots that can reach up to the hundreds of thousands of pounds.

Some variants also have wild cards in play, these are usually the Joker cards but they can also be the two valued cards, more commonly known as the deuces. Wild cards will stand in for any other card in play in the deck, resulting in players being able to make hands that do not exist in standard poker such as Five of a Kind. 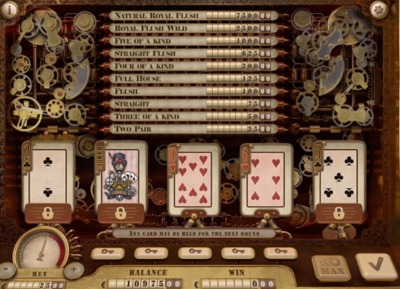 Once you have a found a Video Poker game you would like to play first you need to select the coin value at which you wish to play. You will also need to choose how many coins per hand you wish to play – many Video Poker games have different payouts for a Royal Flush depending on how many coins you bet, so it is advisable to always play the maximum number of coins (even if this means dropping the coin value).

Once the game has started you will be dealt five cards face up. You then have a choice as to which (if any) you wish to hold, then all un-held cards are removed and replaced with new cards. At this point, your hand is paid out at the relevant rate.

For multi-hand games you receive the exact same five cards for each hand that you’re playing, and the cards you choose to hold stand true for all hands. However, when you draw for new cards each hand receives cards from it’s own deck, meaning you end up with different hands. 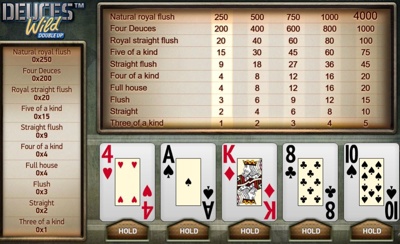 As we mentioned earlier, the payouts for the top hand (normally a natural royal flush) vary depending on your coin size, so it is advisable to play the full five coins. If you are playing a progressive jackpot machine, you usually need to be playing the full coins in order to be eligible to win the jackpot.

The payout percentage also vary between games, so try to find the one with the lowest house edge or the highest RTP, which is the opposite of the house edge. Some of the best games to play are Deuces Wild and Jacks or Better, but check the pay table to make sure that they are full paying versions of the game. When playing online the house edge will often be written in the game rules.

Video Poker is also one of the few games where, in certain circumstances, the house edge is positive – meaning the game actually favours the player. This usually happens with progressive jackpot games when the payout is greater than the odds of achieving the top hand.

There are dozens of different video poker games kicking around online, each with their own pay tables and unique twist on the game. The following are some of the most popular versions: